An Experienced, Award-Winning Attorney Concentrating in the Areas of Real Estate & Sports Law

This article is shared from the August 4, 2021 issue of Inside Track, Bi-Weekly Newsletter of the State Bar of Wisconsin. 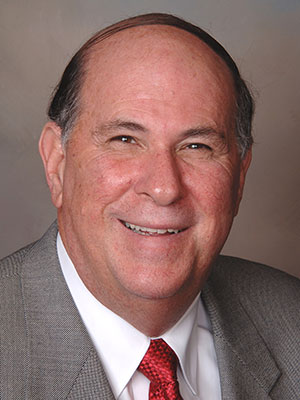 Aug. 4, 2021 – One the highest honors at the National Sports Law Institute at Marquette University Law School is the Martin J. Greenberg Award for Excellence in the Study of Sports Law, which honors Martin “Marty” Greenberg’s contributions to the program.

Greenberg, who founded the nationally recognized Sports Law Institute, now celebrates 50 years as a member of the State Bar of Wisconsin, class of 1971.

In this article, Greenberg recalls his path to sports law during his 50-year career, as well as other contributions along the way – including revitalization of the Wisconsin State Fair, recruiter for Marquette basketball, and sports agent for coaches and players.

Greenberg is one of numerous 50-year members from the classes of 1970 and 1971 that the State Bar is highlighting in the 50-year member series this year.

It Started with Real Estate

Greenberg is a Wisconsinite through and through. He attended Washington High School in Milwaukee and was the first member of his family to attend college.

A graduate of U.W.-Madison, Greenberg interned with the Wisconsin Attorney General’s Office as a Carnegie Scholar in his senior year, studying political financing. Bronson La Follette was the state’s attorney general, and Greenberg had a front row seat.

“I travelled with him throughout the state and learned a lot about what lawyers did,” Greenberg said. “I thought it would be an interesting field. I had thought about entering politics but that changed. It was that experience that heightened my interest in law.”

After law school, he started practicing real estate law exclusively, 15-hour days and a lot of library time on research. He worked for his former law professor, Robert Weiss, co-founder of the law firm that became Weiss Berzowski Brady LLP in Milwaukee.

He accepted the job so long as he could continue practicing law to use his law practice experiences in his teaching.

Rick Majerus and Fate in Florida

While working as a law professor, Greenberg struck up a great friendship with Rick Majerus, who served as an assistant coach for Marquette’s Men’s Basketball before becoming head coach in 1983. Majerus put Greenberg to work as a recruiter.

“I asked how I could help,” Greenber​g recalled. “He said, ‘you’re a lawyer, you’re a law professor. Maybe you could tell some of these potential recruits about life after basketball, and how Marquette is a great place to get an education.”

“That’s what I did. My wife and I would travel around and we ended up recruiting some of the great players, including Glenn ‘Doc’ Rivers. It really became a hobby.”

One day, Greenberg saw a course being offered on how to become a sports agent in Fort Lauderdale, Florida. He attended to see what they viewed as “sports law.”

“I came back and said, this is probably going to be one of the biggest fields in the future for young lawyers in law school,” Greenberg said. “We need to get ahead of the game and set up an institute. We called it the National Sports Law Institute.”

“We raised $500,000 from the teams that were in the Wisconsin area to start this. It was the first attempt to give credibility to sports law as an academic enterprise.”

Greenberg was the first director of Marquette Law School’s National Sports Law Institute in 1989, which has drawn applicants from across the country, including Mike Sneathern, chief legal officer for the 2021 NBA Champion Milwaukee Bucks.

Greenberg served as the director for a number of years. The program now has 14 courses, a law review, and numerous internship opportunities.

Around the same time that the National Sports Law Institute was launching, Rick Majerus was in talks to be the next head coach at the University of Utah.

“He asked me to represent him in his contract negotiations,” Greenberg recalled. “I said ‘Rick, I don’t know anything about negotiating a coaching contract. He just said ‘figure it out.’

That launched Greenberg’s career representing players and coaches, and he has represented some big ones, including many Division I college football and basketball coaches and Dell Harris – former head coach of the Bucks and the Los Angeles Lakers.

“Then all of a sudden we get to the 2000s and there was this huge stadium boom,” Greenberg said. “Everybody was building a new stadium because they realized that stadiums make nothing but money.”

When former Wisconsin Gov. Jim Doyle came into office in 2003, he asked Greenberg to head the Wisconsin State Fair, which was in debt and annually losing money.

“I said I’d give two years to try and figure out how to make this right,” Greenberg said. “It took five years, but we got out of debt and State Fair was making a million dollars per year by the time I left. Then he appointed me to the Miller Park Baseball Board.”

Greenberg also chaired the Wisconsin Sports Development Corporation, which runs the Badger State Games and other athletics-related events. His resume, too thick to recount here, includes involvement on various boards and committees over the years.

Greenberg has enriched the public and the legal community’s understanding of sports law issues in Wisconsin and around the country through his extensive writings in books and articles, as well as teaching and public speaking.

“I’ve shared my academic experiences with students and I love teaching,” he said. “I love lighting up bright minds. I’m at 49 years at Marquette. If God is willing and my health holds up, I will try to get to 50. I’m teaching sports facility development now.”

“I think that has been one of my greatest contributions to the legal field, teaching students what I have learned and experienced through 50 years of practice.”